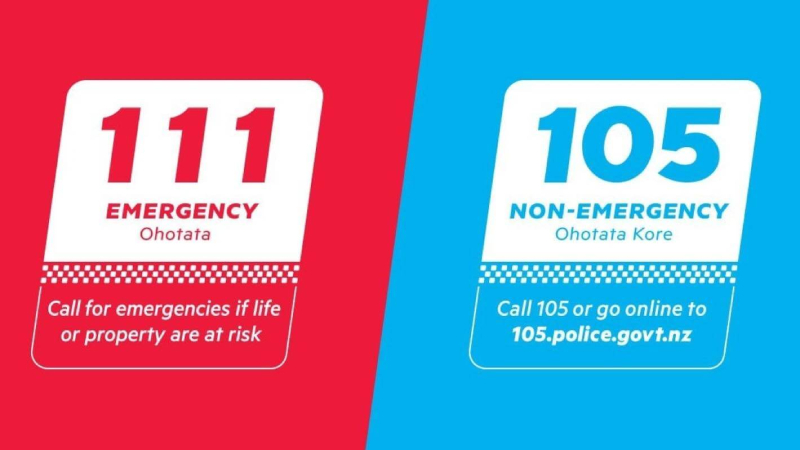 I was recently asked to join and contribute advice to a local Facebook community group dedicated to crime and safety.

Have you ever avoided calling Police after seeing something suspicious, because you thought it might waste Police time, or that it wasn’t an emergency?

Even after years of experience, I still feel the same way before picking up the phone.

I phoned Police a few weeks ago to report a suspicious vehicle driving up and down the street. This was actually while I was on the way to complete a quotation for a home alarm system down that very street.

The single occupant was looking into houses as he drove on slowly (with a hood up) during a very quiet weekday.

A car jam search on the number plate revealed that the car hadn’t had a warrant of fitness since 2011. The model of the vehicle he was driving was also different to the plate on car jam.

The combination of everything together fitted a classic 1C event – that’s Police for suspicious car/person. In other words, I thought he was going to commit a burglary.

A burglary happens in NZ every 7 minutes. So it wasn’t at all impossible that he was up to no good, seeking an easy opportunity to target a vulnerable home.

But even I delayed ringing Police.

The thoughts entered my mind: he hasn’t DONE anything criminal (apart from the number plate), so is it an emergency? Who am I to judge if this person is suspicious? What if he’s genuinely in the area?

But then I reminded myself. Most Joe abiding citizens don’t drive at 5km/h, while wearing a hoody up, in an unwarranted vehicle (7 years unwarranted at that) with mismatched plates, down a quiet street during midday.

Right now, Police don’t operate a non-emergency line (other than *555). I believe that’s about to change.

So I phoned 111. I immediately questioned my decision (you shouldn’t feel guilty for doing your bit!)

The conversation was very brief. Enough details to get a job in the system.

It felt as though the call taker wasn’t interested – but this is not the case at all!

Once the jobs in the system, Police staff on the ground receive a general broadcast of the details.

If they’re free, they might take a look. If their dealing with something serious – they probably won’t.

But the record is there. And I did my bit. And down South we’re lucky to have a pretty well resourced Police.

➡️➡️➡️ So don’t feel guilty if you feel something truly isn’t right, and you ring 111!

If you’re unsure whether it’s an emergency – ring anyway and ask.

Police will tell you what to do.

Facebook is a great medium for sharing events but by no means at all should be your first port of call for reporting!

You can also take steps to protect your home. Installing window stays is a great start. And of course, having an alarm system is a massive deterrent.

The newest space in home security is CCTV. As costs come down, home CCTV is becoming more and more affordable – so you can keep an eye on your home while you’re not there.

If your construction or civil site is forced to close or shut down due to COVID-19, are you prepared? With the Government’s recent Alert Level system introduced to combat and fight against the spread of COVID-19, Crosbies Security are preparing a number of measures to assist our clients with the possibility of a shut down […]

I was recently asked to join and contribute advice to a local Facebook community group dedicated to crime and safety. Here is my first post. Have you ever avoided calling Police after seeing something suspicious, because you thought it might waste Police time, or that it wasn’t an emergency? Even after years of experience, I still […]

Have a project to discuss? Lets Talk